Gulf Shores hopes to have control tower at airport by 2021 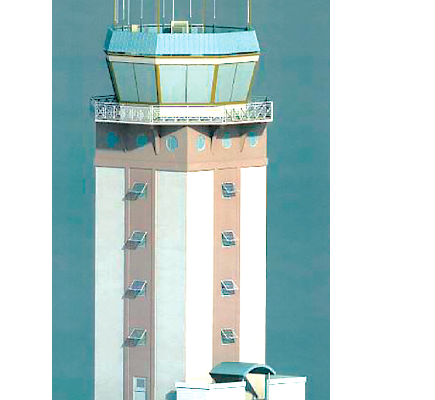 Gulf Shores hopes to have control tower at airport by 2021

Gulf Shores officials have filed the necessary paperwork seeking permission to build a control tower at Jack Edwards Airport, following the (FFA) Federal Aviation Administration’s lifting of a 10-year moratorium on new control towers at U.S. airports. The tower will help the city develop future passenger service at Jack Edwards. Mobile, Pensacola and Destin are currently the closest airports to Gulf Shores with towers.
Gulf Shores authorized a contract for $500,000 for engineering and design for a new tower in March. The plan is to complete FAA review and design in October and begin construction in 2020. The anticipated completion date is January of 2021, according to Jack Edwards Airport Authority Manager Scott Fuller.
Earlier this month, U.S. Senator Richard Shelby announced that 20 local airports throughout Alabama would receive more than $25.9 million in Federal Aviation Administration grants, including a discretionary grant to Jack Edwards Airport of $232,066.
“Jack Edwards National Airport is a vital part of Gulf Shores, Orange Beach and the surrounding communities, and this grant will enable valuable safety improvements that will yield benefits to area travelers for years to come,’’ said Congressman Bradley Byrne. “This grant award is a part of the FAA’s FY19 Airport Improvement Program (AIP). With this discretionary grant, Jack Edwards National Airport will receive a total of $403,470 to rehabilitate taxiway lighting.’’
“The FAA was looking for an airport volunteer to try out their new site selection review process. So, we volunteered and they are expediting our process. We should be ready for bid about the time we are approved,’’ Fuller said.

“The Tower will control the airspace above the airport and out to three miles in every direction. This will provide some semblance of control as our traffic at times resembles an airshow with aircraft going in all directions at all times,’’ he added.
The tower will also reduce peak hour operations by increasing the distance between aircraft in the pattern and the number of takeoffs and landings for proper separation distances. The tower will not allow for multiple use of multiple runways at the same time, which will reduce operational numbers somewhat, and aircraft will be required to report in and be given instructions on procedures and be alerted to other aircraft positions.
“This currently is a significant reason for the over 25,000 radio transmissions per month being made between pilots trying to locate each other,’’ Fuller said. “Some companies will not allow their executives to fly into uncontrolled airports.’’
Orange Beach City Councilman Jerry Johnson, who is also a member of the Gulf Shores Airport Authority Board, said the Authority Board has been pushing for a control tower at Jack Edwards for many years.
“If it wasn’t for Richard Shelby appropriating funds and the Authority pushing it to the level that it was we don’t feel like the program would have ever been given the funds,’’ he said.
“What we are going to be doing is bringing a hopper type carrier where you can fly from here to Nashville, here to Atlanta, here to maybe Houston or Dallas. It won’t be a commercial carrier coming it. We’re not that big. But we probably will have some that will be interested in providing those type services.’’
Pictured: Rendering of the control tower planned to go up at Jack Edwards Airport.