Ultimate Air Shuttle is based at the Akron-Canton Airport in Ohio and operates as Part 135 Air Charter Carrier. It has operated many routes as ‘public charters’ similarly to the way that JSX operates on the west coast.

The carrier suspended their scheduled flights in mid-2020 due to the coronavirus pandemic. They did resume operations briefly that summer but stopped operations once again shortly after. They did, however, operate flights to the EAS city of Manistee, Michigan under the title of ‘North Country Sky’ until Sept. 30, 2020, when AirlineGeeks was able to make a trip with the airline.

Ultimate Air Shuttle just resumed flights on Monday after not flying a single scheduled flight since Oct. 1, 2020. Despite not flying scheduled services for those nearly seven months, they did operate charter flights for many Fortune 500 companies, sports teams and casinos.

After resuming its public charter service less than a week ago between Cincinnati and Cleveland, Ultimate Air Shuttle has announced not only a new destination, but a new focus city. They have announced the destination of Gulf Shores, Alabama and will call their new service the “South Beach Express.” Flights will operate from the the Jack Edwards Airport in Alabama. 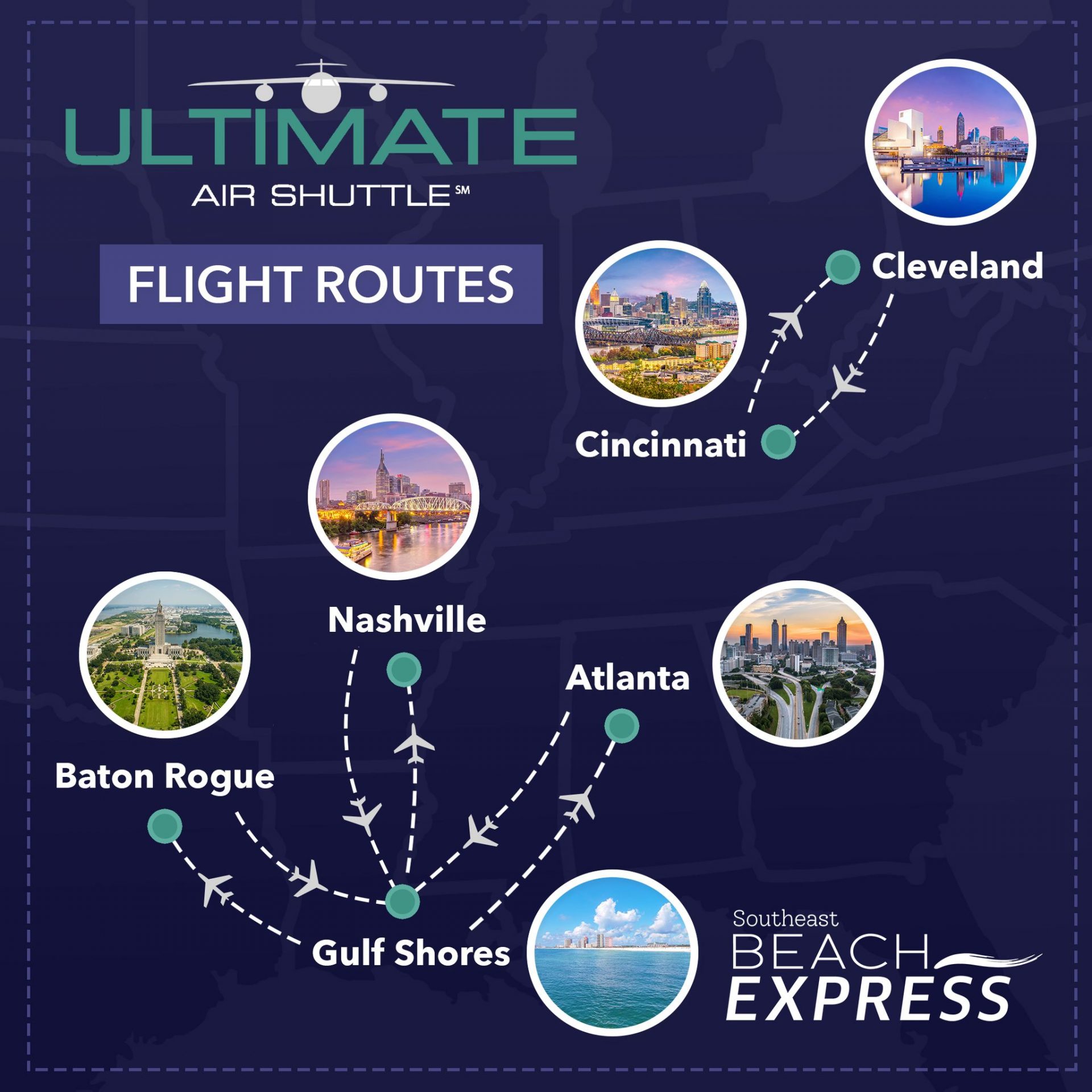 New flights from the southern Alabama airport will operate to Atlanta-Cobb County, Nashville-Tune and Baton Rouge Municipal. Flights to each destination will begin on June 3rd and will operate four times a week from Thursdays through Sundays.

The new flights out of Alabama will operate for the summer and fall only and will be flown using the company’s 30-seat Dornier 328Jet.

With the exception of Baton Rouge, Ultimate Air Shuttle will be the only airline operating at all the airports it currently flies to. In Ohio they operate from Cincinnati-Lunken Airport and in Cleveland they operate from Burke Lakefront.

The carrier hopes to give passengers the private experience as they operate only out of FBO’s. The places they plan on operating out of at the airports include the following; in the Gulf Shores they will operate out of the ‘Gulf Air Center’, in Atlanta-Cobb they will operate out of ‘Hawthorne Aviation’, Nashville-Tune will be ‘Contour Aviation’, and Baton Rouge will be ‘Signature Flight’.